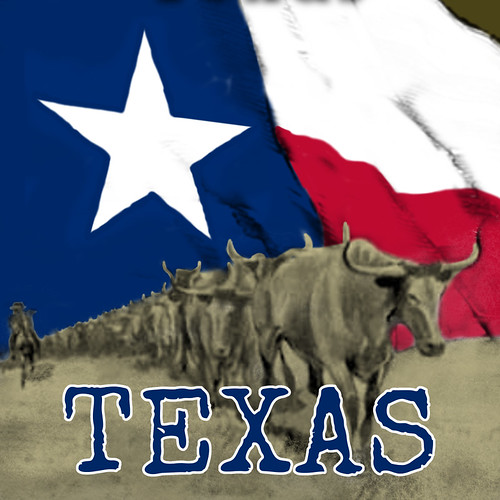 “I am a Texan. I grew up as an army brat, living in over a dozen different places outside of Texas before my high school years. But I was born in El Paso, Texas. I went to high school and college there and I’ve been living in Houston now since the late 1980’s. So it seemed fitting to compose a piece named Texas for the Texas Brass for a patriotic gig we did in Galveston, Texas.

Texas has been performed many times since that first performance in the mid 90’s and is also featured on the Texas Brass CD titled, Sounds of the South. It is a favorite with audiences as well as the musicians. Are you ready to take a journey? The sounds in Texas are true to its namesake. Take your audiences on a fun and interesting adventure as you explore different parts of the state, from the wild west to the swampy marshes at the Louisiana border. It’s all there in vibrant colors and melodramatic flair.

The composition begins with a brief section of mixolydian counterpoint. It transitions from there to a more up-tempo Americana theme featuring mostly the first trumpet. In the middle section of the composition, The Eyes of Texas is quoted as a cantus firmus in the tuba part. Most people cannot hear the traditional Texan melody beneath the drama in the other parts. Nor are they intended to. It’s the composition’s little secret. The dissonance grows towards the end of the Eye’s of Texas section, leading the listener to a more chromatic section of the piece. It begins by featuring the first trumpet once again, but the same theme is repeated a second time, with all of the parts planing (in parallel) beneath the first part to create enough tension to lead to the dramatic final section of the composition. The last part of Texas blends the first two themes into one. The Americana theme weaves in and out of the mixolydian counterpoint up to the final bar where the piece signs off with a dramatic statement of the opening Americana motif.” Eddie Lewis 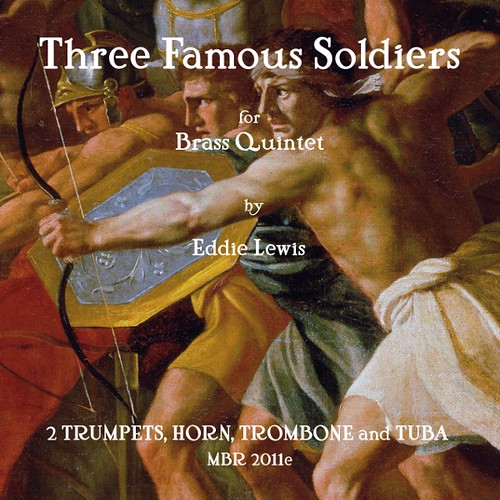 Three Famous Soldiers is from a Bible story. The piece depicts three of David’s top soldiers as they cross into enemy lines to fetch a drink of water for David. The well that they fetched it from is David’s favorite water. When they returned with the liquid prize, David poured it on the ground. Read more about the story in 1 Chronicles 11:18.

This composition is a perfect recital piece. In fact, we performed it at a recital at Rice University as part of Dave Kirk’s faculty recital. It is serious but highly entertaining.